Founder and chair of CTS 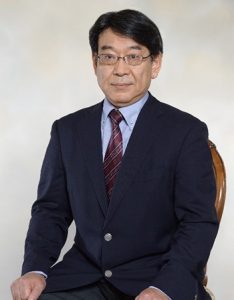 Leo Kawai is an international scientist and distinguished expert of translational drug research and development with 27 years of experience in the pharmaceutical industry. He has served in senior leadership roles at multiple global R&D sites in Switzerland, the US, and Japan focusing on Drug Metabolism and Pharmacokinetics (DMPK), clinical pharmacology, modeling & simulation, and translational medicine in global scope, as well as development strategy for regulatory approval in Japan.

Leo Kawai was formerly the leader in model aided drug discovery and development as Head of Pharmacokinetics and Pharmacometrics at Novartis AG, Switzerland, and continued to innovate development standards as Head of Clinical Pharmacology / Exploratory Clinical Development in Japan, also as Senior Expert Modeler in the Modeling & Simulation Department at Novartis Institute of Biomedical Research in the US. Following his successful 21-year career with Novartis, he served as Principal, Executive Director of the Translational Medicine and Clinical Pharmacology Department of Daiichi Sankyo Co. Ltd. in Tokyo, then, played the role of Head of Clinical Science Japan at Bayer Yakuhin Ltd.

Dr. Kawai was a member of the Editorial Advisory Board for the Journal of Pharmacokinetics and Pharmacodynamics, an Associate Editor for Drug Metabolism and Pharmacokinetics, a Council Member in the Japanese Society for the Study of Xenobiotics, and was recipient of the JSSX Fellow in 2008, the Kitagawa Memorial Award in 2010.

Head of Pharmacokinetics and Pharmacometrics

Japanese Society for the Study of Xenobiotics (JSSX)